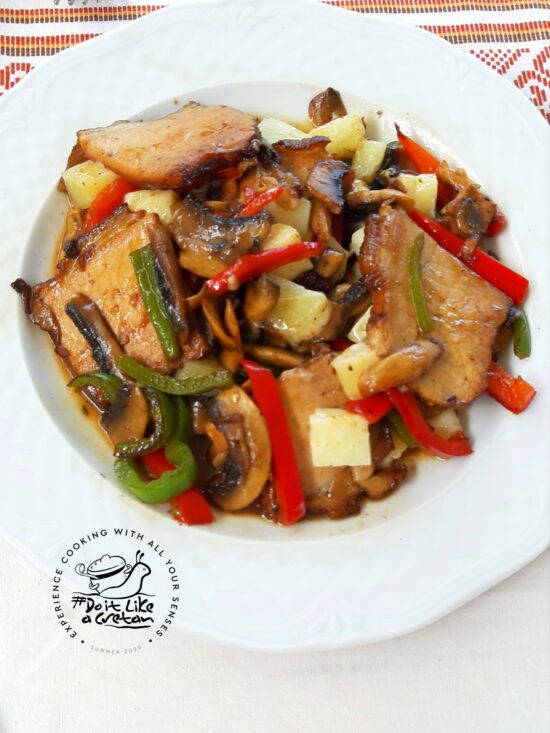 We are proud of this product in Crete. Apaki is smoked pork with wild herbs and this method is used for years now, in order to preserve meat back in times when we didn’t have refrigerators. Within the years, apaki is used for many recipes and in the recipe below I combined it with local Pale Ale beer from the Cretan Brewery in Zounaki, the first brewery in Chania.

– Heat olive oil in a pan and brown apaki both sides. Remove from pan
– Put peppers, mushrooms and spring onion in the pan and saute them in medium fire until soften
– Put apaki back in the pan and turn heat up
– Add beer and continue cooking until you get a nice thick sauce
– Just before you serve it, add salt, pepper and graviera cheese on top.